The African proverb “It takes a Village” caused quite a stir in 1996 when former First Lady, Hillary Rodham Clinton published her book bearing the title “It Takes a Village: And Other Lessons Children Teach Us”.

If we stretched the point, Khaled Hosseini’s (“The Kite Runner”) book “A Thousand Splendid Suns”, adapted by Ursula Rani Sarma now in a spectacularly powerful stage production and West Coast premiere at The Old Globe Theatre through June 17th  bears out the village concept.

Focusing on two generations of strong Afghani women, who in essence become the village necessary in raising each other and each other’s children, the effect and their combined unions are more than powerful; they are essential for their survival.

Written in a time when foreign invaders from the Soviet Union had withdrawn from their country in 1992 to the takeover by the Islamic fundamentalist and repressive Taliban in 1996 to 2001 when the United States came to their defense to now ISIS presenting itself as a strong military reality the people of Afghanistan and especially Hosseini’s strong women continue to show their resiliency, their hope for a brighter future and some real progress for the plight of Afghani women.

Into this political hot box of changing governments and miserable hard times after relatively quiet times Hosseini introduces us to Miriam and Laila, ‘generational women for all seasons’.

We first meet Laila  (an unfaltering Nadine Malouf) and her family. Father Babi (Joseph Kamal) is an intellectual who treasures his books especially his poetry books. Her mother Fariba (Lanna Joffrey) goes along with Babi but is short tempered as he cannot decide which books to leave behind and which to take as they are readying to leave Kabul for Pakistan.

They are hoping for a more peaceful life when the sounds of bombs (Jake Roriguez) fill the air coming closer and closer to the family and finally landing close enough to strike the family. Both parents are killed.

Set against gorgeous changing backgrounds by set designer Ken MacDonald with lighting by Robert Wierzel and haunting original music by David Coulter played on saw blades by Coulter reflects the times and moods as when the colors change from bright sunlight to blood stained images when Laila has to have a caesarian birth in a hospital ward without any morphine or anesthesia.

The pictures reflected follow Laila as she is rescued from the shock of being hit by a bomb to her neighbors Rasheed and Miriam’s (Haysam Kadri and Denmo Ibrahim) home.

Rasheed is a shoemaker and Miriam a housewife. Both help in her recovery, but Miriam is hoping Laila will leave soon.  Laila hopes family friends will let her stay with them, but Rasheed sabotages that dream.
As fate will have it, Rasheed lusts over Laila. It’s only a mater of time that he discards Miriam since she cannot bear him a son or children for that mater, and takes Laila as his wife even though Laila has a beau, Tariq (Antoine Yared) is only fifteen and has her own dreams.

Miriam is having no part of it even though she has no say in it.  Her goal is to make life as impossible for Laila as her jealousy gets in the way of her seeing Laila as fellow traveler. Having been abused by Rasheed over the years, she might understand that kindness and compassion works better than revenge, but Hosseini saves that for later.

Life with Rasheed has been no honeymoon for either woman. Over the course of years and with the upbringing of Laila’s first born, Aziza (Nikita Tewani) the tension lessens and they learn to bond.
They form a quiet coalition against Rasheed’s wrath and realize that together is easier than being divided over a man that has no regard for women. Things quiet down somewhat when Laila gives birth to a son Zalmai (Abraham German on opening night).

(I’m not sure if it’s too early in my remarks to acknowledge that Rasheed is a no-goodnick, but I’ll insert them here anyway.) Kadri’s performance is so true to form and so wonderfully executed as the bastard he plays says volumes about the wonderful actor he is, and that’s a fact.

With Carey Perloff ‘s deft direction and staging and Malouf and Ibrahim working together in productions at ACT and Theatre Calgary there is nothing unusual about the acknowledgements of the women’s sisterhood and resilience with the promise of peace in their lifetime.
A look, a shrug or a movement from one will trigger an action from the other that is as natural and unifying as I see between my three adult daughters good, bad or indifferent. One could not find better performances in this show even if one were looking.

The large cast is made up of many playing multiple roles including Lanna Joffrey who plays Fariba and Nana Miriam’s mother. Arden Pala shares the role of Zalmai with Abraham German. Antoine Yared, Kris Zarif and Jason Kapoor and Joseph Kamal, Leila’s father is seen later on as an interrogator.

“One could not count the moons that shimmer on her roofs,
Or the thousand splendid suns that hide behind her walls.” (Saib-e- Tabrizi from his poem “Kabul”) 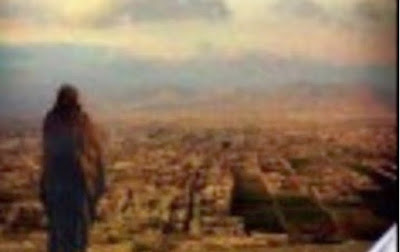 The thousand suns that shimmer over Afghanistan also shine in the hearts, minds and souls of Miriam and Laila.

The times they are a changing.