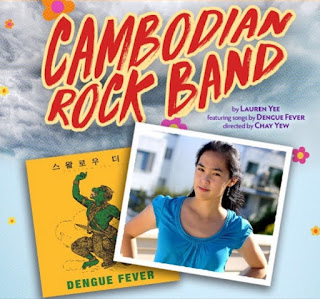 It’s not unusual to learn of war and the horrors of war years after the damage is done. Stories of soldiers returning from WWII, according to their children, never wanted to talk about their experiences in the war, they just wanted to get on with their lives here in their newly adopted country or back home to families waiting.  We are still hearing stories of the  six million Holocaust victims now told in movie reels.

Just recently San Diego audiences were privileged to see the San Diego Premiere of playwright Qui Nguyen’s “Vietgone”. Nguyen, a first generation Vietnamese, writes about his Vietnamese parents and in particular his father, a helicopter pilot during the war who was trained in the states, and his heroic rescues during the evacuation of Vietnam when Saigon fell to the North.

It took Nguyen, now a grown man and playwright, years after the war to finally get his father and I suspect other Vietnam War veterans and Vietnamese-Americans to talk about their war experiences.Evidence of the effects can be seen all around in the faces of the homeless on the streets of any major city.

But the experiences and feelings his father finally blurted out to him gave another side to the American version of “Why are we trying to save a country no other nation succeeded at doing? It seems we were everywhere in Southeast Asia. We came we fought, we left.

We were also in Cambodia from 1970-75-78 with forces and money to boost and give assistance to the Cambodian Government of Prince Sihanouk to ‘promote human rights and foster economic development among others things but mainly to keep the Khmer Rough on the straight and narrow. For a short time some modernity returned to the country ushering in the era of rock and roll and the musical influences of other outside nations.

In 1975 the Khmer Rough under Pol Pot’s Regime came swooping in arresting citizens for crimes against the government.  Music was barred and all roads out were shuttered. Western influenced rock music or the Cambodian Rock scene was all but hijacked, the musicians were imprisoned and that was the night the music died.

A majority of those who did manage to leave when early warning signs were seen settled for the most part in Long Beach Ca.  After the final roundup no one could leave the country. Thousands were thrown into Cell S 21 where, over the next four years three million Cambodians were exterminated. Eight of those held in S 21managed to leave, somehow. One unidentified, was believed to be out there.

Our story picks up in Phnom Penh, Cambodia thirty years later and travels back and forth in time between then and now. Yee’s ‘Band’ story is a father daughter revelation about not knowing ‘what daddy did in the war’ thirty years later. Following a high- energy concert with the musicians in the band our M.C. Dutch (Diasuke Tsuji) hops up on stage and introduces himself to us.
Neary (Brooke Ishibashi) a Cambodian American, born and raised in the states is in Cambodia working for the UN uncovered facts about the killings in Cell S 21. On this day she was to hold a news conference describing the horrors about the exterminations that happened in S 21. She thinks she has located the names of seven believed to have escaped. She is now on the trail of the eighth.

Much to her chagrin, her father Chum (Joe Ngo) arrives in her hotel room unexpectedly and tries to convince her he is there on vacation.  Unbeknownst to her, thirty years earlier he was the leader of the Cyclos, the band he and his friends Rom (Abraham Kim), Ted (Raymond Lee) and Pou (Jane Lui) founded is in Phnom Penh. Now he’s back demanding his daughter come home with him and forgo her news conference attend Yale Law School and forget about the entire S 21 matter.

When she tells him of her findings and how much research she has done to bring the story forward and she suspects her father was the eighth to have escaped, he challenges her to spend one night in the cell alone and then tell him what she thinks and why he has chosen to leave the past where it belongs.
Six characters take on multiple roles as musicians/ prisoners/ friends/ and torturers. All are band members who sing, play and act out  in the Cambodian Rock Band performing about 13 songs from the popular Cambodian Rock Group Dengue Fever. Along the way they morph into two or more other characters helping to ferret out the story filling in the time frames from the beginnings of a relatively free society to a dictatorship where no one was safe.

Under director Chay Yew’s watchful eyes and Matthew MacNelly’s keen musical direction with David Weiner’s psychedelic lighting and Sara Ryung Clement’s mix and match early 60’s jumpsuits to bell bottom’s to present day costumes no stone was left unturned including a slideshow of faces of some of those murdered flash before us.

As far as the ace acting is concerned, each and every cast member taking on dual characters is more than believable. Joe Ngo is the nerdy Dad, Chum we first meet in the present but back in the day he was the beaten and abused Chum held prisoner in S 21. We first meet Daisuke Tsuji’s Dutch as charming M. C. and former math instructor who took pleasure as the Hitler like S21 Commandant. All are on board as musicians singing and playing their hearts out.
As one who is not that familiar with the music, has never been impressed with the whole psychedelic scene, had never heard of Cambodian Rock, I’m now a believer. Yee’s play will move you beyond the music, beyond the high- energy performances of the band to a place of both sadness and joy.

On our way out my theatre buds and I were a bit overwhelmed by the sheer velocity of the two-hour plus production we had just seen. We wondered among ourselves why we hadn’t known about this particular genocide (although “The Killing Fields” did come up). It matters not who tells the stories, it’s important that they be told, and  in the first person.

Hats off to Yee and her impressive, explosive “Cambodian Rock Band”

South Coast Repertory Theatre commissioned this work now in a world premiere production that is as ready for prime time as is any tried and true theatre piece. Playwright Yee, a UCSD MFA Alumni has current commissions from The Geffen Playhouse as well as The La Jolla Playhouse.

It’s well worth a trip north or south depending on your geography to catch this before it goes out on tour. 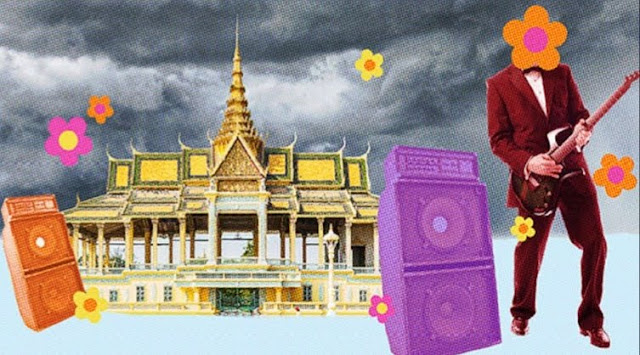