They Danced All Night in Bob Fosse's "Dancin'" 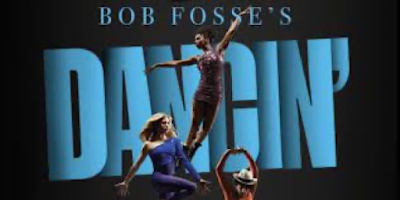 If it’s dancing you want just hop down to the Old Globe Theatre in Balboa Park and get your tickets to the Broadway Bound “Bob Fosse’s Dancin’’. It’s stopping here on its way back to New York where, my guess is the audiences will go as gaga over it as they did on opening night here where a talented, no…super talented company of nimble, double jointed and precisely timed dancers with enough endurance to perform for at least two + hours of dancing from tap to modern ballet through May 29th.

According to Fosse, “I have no interest wasting my time or energy doing traditional musicals. I like fooling with new forms, seeing what rules I can break if I push a little harder in different directions. (1978). Of course, he did do many traditional musicals This was his thinking for “Dancin’ then. As we know he did go on to choreograph several big time winners.

This is not Fosse’s first rodeo. “Dancin’” first premiered on Broadway in 1978 and closed on June 27th in 1982 after 1744 performances. Additional choreography by Christopher Chadman was added. It’s strictly a musical show. There is no story even thought I kept looking for one. But what do I know, it won a Tony for Best direction of a Musical; a Drama Desk Award for Outstanding Choreography (Bob Fosse). In all, Fosse picked up nine Tony’s for his choreography in “Chicago”, “Sweet Charity”, “Pippin”, “Liza with a Z” and “Cabaret” to name a few.

The production at the Old Globe is the first ever revival of the 1978 show. It is directed with musical staging by Wayne Cilento. The reproduction of Fosse’s choreography is by Christine Colby Jacques.  According to Fosse ‘the entire company is made up of principal dancers’, all twenty or so of them.

Manuel Herrera offers a prologue where he tells us in no uncertain terms that ‘there is no story’, no props, or themes, so just believe. From there we snap into “Crunchy Granola Suite”  from Neil Diamond as part of Fosse’s 1978 Broadway revue “Dancin’” by the company and then roll right into my all -time favorite “Mr. Bojangles (Yeman Brown, Jacob Guzman and Manuel Herrra) from “Recollections of An Old Dancer”.

The music under the musical direction of Darryl Archibald is about eclectic as one can get including a long stint of jazz and a few from some of Fosse’s musical hits, “Big Spender”, (“Sweet Charity”) “Let Me Entertain You” (Gypsy”) and “Life Is Just a Bowl of Cherries”, (An old, 1931, favorite), an American segment in Act 2, “When Johnny Comes Marching Home Again” and “Stars and Stripes Forever”.

There is so much to see that describing it doesn’t do the show justice. It’s one of those seeing is believing sensations, do trust. There is no story line per say, as mentioned above but there are, in some of the dance numbers suggestions of  injustice of a history past and a future not yet ready to accept full responsibility. (Getting a bit political)

However, there is more to flying through the air in this flashy production than “All That Jazz” on the dance floor. Robert Brill’s industrialized floor to ceiling mega set is pretty overwhelming. The performers are up and down and swinging through bars and metal and  steps. Finn Ross’ video design is the best I’ve seen with projections (a 30 foot high wall) filling the entire stage and lit by David Grill in breathtaking colors. Reid Bartelme and Harriet Jung’s costume design are some of the best, with Peter Hylenski’s sound, though loud, is effective.
While I hesitate to call the show overtly provocative, sexy and seductive (a nice way to say filled with sexual innuendos) it has lots of groin grinding, and suggestive moves. I’m no prude and I’m not suggesting that it should be rated but I wouldn’t recommend it for say, pre- teens.
From jazz to tap to ballet to marches to a four part solo percussion starring Ron Todorowski, the Fosse show is a dancer’s paradise and a dreamer’s fantasy.

COVID protocol: Proof of vaccine is no longer required, masks strongly recommended indoors but not required.